I was born in Stillwater (Go Pokes!), raised in Texas (Home of the Longhorns), and educated at OU (Boomer Sooner!). Starbucks and Sesame Street were born the same year I was – in 1971. I turned six months old in Mexico and celebrated my first birthday in Montreal. When I was three years old, I began ballet, tap, and jazz lessons. In third grade, I got swats from Mrs. Holy for talking excessively, then I never got in trouble at school again. I wanted to be Wonder Woman when I grew up. My favorite subjects in high school were English and Algebra. I developed a crush on Peter Parker – not one of the actors who played Spider-Man on the big screen years later, but the witty, selfless, nerdy comic book character created by Stan Lee. I graduated from high school a week before I turned sixteen. I never went to the same school for more than two years in a row until I started college. One of my dear friends calls me her “Amazon” (like Wonder Woman!), becuase I am six feet tall. Another close friend dubbed me “The One-Lung Wonder,” because most of my right lung was surgically removed in my twenties. Journalism was my first career; ironically, as it turns out, I am allergic to the cheap ink used in newsprint. I survived a traumatic childhood riddled with abuse, but I managed to turn this negative into a positive by being of service to others with similar experiences. My all-time favorite song is “Hallelujah,” written and originally performed by Leonard Cohen. I have an irrational fear of clowns. Despite my fair skin and freckles, I am on the Choctaw tribal roll. I am a sucker for alliteration and happy endings. Most of the time, I appear to be fairly confident. However, a little girl lurks inside, and she gets scared more easily than I would like. I choose to believe there is good in everyone; the world seems like a better place that way. I try to be optimistic and realistic. My handwriting is an unusual and inconsistent combination of print and cursive. Two traits I value above all others are honesty and humility. I can be stubborn and willful, so I pray every day for my Maker to make me teachable, because there is so much to learn in life when we let go of the lead. 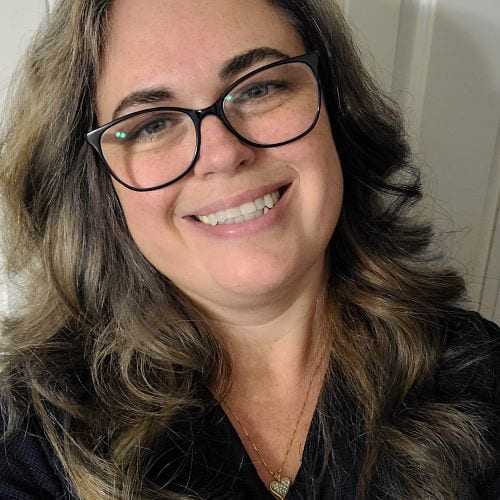 Early on in my teaching career, I dedicated much time and attention to researching how students best learn to write. I have since focused largely on creating a community of writers, exploring ways in which I can empower students to find their voices and view themselves as vigorous enough to change the world.